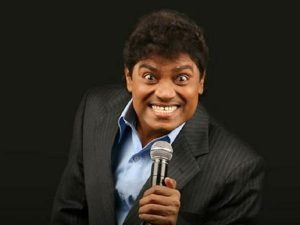 Johnny Lever is a Bollywood actor from India. He was born on 14th August 1957 at Andhra Pradesh, India. His mother’s name is Karunamma Janumala. His father’s name is Prakash Rao Janumala. He worked as an operator in Hindustan Lever Ltd. He has two brothers one of them is Jimmy Mosses and three sisters.

Johnny Lever married to Sujatha. They have two children. His daughter’s name is Jammie Lever and his son’s name is Jesse. Check out the table below to get complete information on Johnny Lever.

Johnny Lever won several awards. Some of them are:

Johnny Lever has worked in Television also. Some of them are: