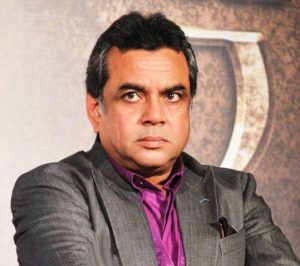 Paresh Rawal is a Bollywood actor from India. He was born on 30th May 1955 at Mumbai, India. His father’s name is Dahyalal Rawal.

Paresh Rawal is married. His wife’s name is Swaroop Sampat. She is an actress and winner of Miss India contest in 1979. Paresh and Swaroop have two sons, Aditya and Anirudh. Check out the table below to get complete information on Paresh Rawal.

Paresh Rawal’s upcoming movie is Hera Pheri 3. He has won several awards. Some of them are: