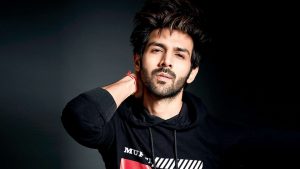 Kartik Tiwari aka Kartik Aryan is an actor from India. He was born on 22nd November 1990 at Gwalior, Madhya Pradesh, India.

His father’s name is Manish Tiwari and his mother’s name is Pragati Tiwari. They both are doctors. Kartik Aryan has a younger sister. Her name is Kittu. Check out the table below to get complete information on Kartik Aryan.

Kartik Aryan’s height is 6 feet and his weight is 78 Kg. His age is 31 Years. It is not known if Kartik Aryan smokes but he drinks alcohol.

Apart from acting in Bollywood Kartik Aryan is a member of the All Stars Football Club, which organizes football matches for charity, a brand ambassador of the cream Emami Fair and Handsome and the body spray Envy1000.

Kartik Aryan has worked in many Bollywood Movies. Some of them are:

Kartik Aryan has won many awards. Some of them are: