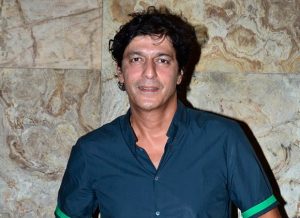 Suyash Sharad Pandey aka Chunky Pandey is a famous actor from India. He was born on 26th September 1962 at Mumbai, Maharashtra, India.

His father’s name is Sharad Pandey and his mother’s name is Snehlata Pandey. They both are doctors. Chunky Pandey has a brother. His name is Aloke Pandey. He is a businessman.

Chunky Pandey is married. His wife’s name is Bhavana Pandey. They have two daughters. Their names are Ananya Pandey and Rysa Pandey. Check out the table below to get complete information on Chunky Pandey.

Chunky Pandey’s height is 5 feet 11 inches and his weight is 69 Kg. His age is 59 Years. Chunky Pandey smokes and drinks alcohol.