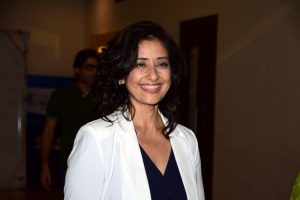 Manisha Koirala is one of the most popular actress from the Hindi and South Indian film industries as well as in the Nepali film industry.

Manisha Koirala remains counted amongst the top talented actresses in India, thanks to her powerful acting performances in numerous diverse roles.

Manisha Koirala’s talent can be measured by the fact that she was one of the highest-paid actresses in the Indian film industry, in the 1990s.

Manisha Koirala remains as one of the most accomplished and critically-acclaimed actress in the Indian cinema industry. Manisha Koirala is renowned for portraying versatile characters in her movies and plays them with ease.

Thanks to her immensely successful career as an actress in the Indian film industry, Manisha Koirala’s net worth is estimated to be around INR 80 crores (USD 11 Million).

Manisha Koirala is the winner of several prestigious move awards and has also been nominated numerous times for awards too.

Manisha Koirala later won the Filmfare Critics Award for Best Actress for her role in ‘Company’ (2003) and the Bengali Film Journalists Association (BFJA) Awards’ Best Actress award for her impressive performance in ‘Escape From Taliban’ (2004).

Apart from these, Manisha Koirala has also received the 2014 India Today Woman of the Year Award, the 2017 Dadasaheb Phalke Brave and Beautiful Award and the 2018 Dadasaheb Phalke Film Foundation Award for Most Versatile Actress in Indian Cinema.