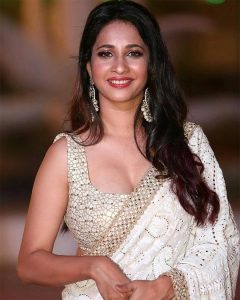 Manvitha Harish is a Kannada Actress from Bangalore, India. She was born on 20th April 1993 at Mangalore, Karnataka, India.

Her father’s name is Harish Kamath. Her mother’s name is Sujatha Kamath. Check out the table below to get complete information on Manvitha Harish.

Manvitha Harish has worked in many movies. Some of them are:

This movie was released on 3-02-2017. This movie has a rating of 8.3/10 on IMDB. This movie was produced by Yogish Dwarakish, Bungale and Dwarakish and was directed by Tharun Kishore Sudhir. The budget for this movie was Rs 4 crores and it earned Rs. 20-25 crores in the Box office.