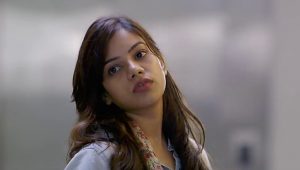 Nidhi Singh is an actress and youtuber from India. She was born on 1986 at Allahabad, Uttar Pradesh, India.

Check out the table below to get complete information on Nidhi Singh.

Nidhi Singh has got fame from her role of “Tanya Nagpal” in the web series Permanent Roommates. She has worked on many tv shows and films. Some of them are:

Nidhi Singh has been nominated for The Indian Television Academy Awards for Best Actress in ITA Awards.