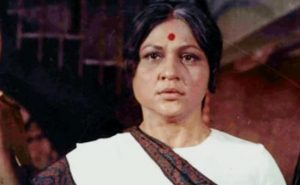 Nirupa Roy is considered to be one of the most popular actresses of her time. Nirupa Roy is renowned for her impressive dramatic roles in numerous super hit movies.

With a career spanning an impressive 50 years and more, Nirupa Roy had acted in over 275 films during this time, some of them memorable commercial hits at the box office.

Nirupa Roy is known to have immortalized the role of a grief-stricken mother and is popularly called as ‘Queen of Misery’.

Nirupa Roy is most popular for her roles as the perfect portrayal of a ‘mother’. Although she initially did lead roles in the movies, her later supporting roles in movies, especially that of the mother of the lead actors, made her the immensely popular actress that she is still.

Talking about her commercial success as a Bollywood actress, Nirupa Roy’e net worth at the time of her demise was estimated to be around INR 270 crores (USD 37 Million).