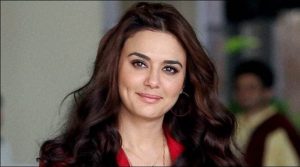 Preity Zinta is a popular Bollywood actress who is known for her bubbly and fun off-screen personality too. Preity Zinta is counted amongst the most successful actresses in Indian cinema currently.

Besides her work in the Bollywood film industry, Preity Zinta is also a renowned actress in the Punjabi, Telugu and even the English film industries of India.

Apart from being a renowned actress, Preity Zinta is also a highly successful entrepreneur, as well as being a model, TV show host and reality show judge.

Preity Zinta is not only one of the most talented actresses but also one of the most successful ones as well. Apart from the renumeration for her movies and brand endorsements, her income from the IPL team ‘Kings XI Punjab’, as well as her film production makes her an accomplished entrepreneur as well.

Talking about her talent as an accomplished actress, Preity Zinta is the winner of several renowned acting awards, and also had numerous award nominations as well.

Besides winning these acting awards, Preity Zinta was also awarded the 2008 Smita Patil Memorial Award, for her outstanding contribution to Indian cinema.