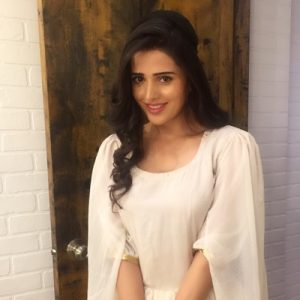 Priya Sindhu is a young Indian TV actress who rose to immense fame as a contestant on MTV Roadies Xtreme (2018).

Before rising to fame with Roadies Xtreme, Priya Sindhu earlier worked as a model and then went on to work in several popular TV shows popular among the younger generation.

Priya Sindhu had to struggle against the narrow mind-set of her father and her small home town regarding women’s rights and shifted to Mumbai mid-way between her degree to pursue her dream of becoming an inspiring actress.

Priya Sindhu is one of the most popular contestants to have been selected for the MTV Roadies Xtreme (2018) season. Having been a model and a budding TV actress before this, Priya Sindhu is also known for having won the Miss UP beauty pageant awards in 2015. Today Priya Sindhu has become an inspiration for many youngsters who wish to break the chains of societal oppression and pursue their dreams out of their small home towns. Trying her talent for songwriting and singing Priya Sindhu also released her first solo debut song titled ‘Satrang’ in 2016.

Owing to a pretty successful career as a young model and a talented actress in the Indian television industry, Priya Sindhu’s net worth is estimated around INR 10 lac (USD 14,000).