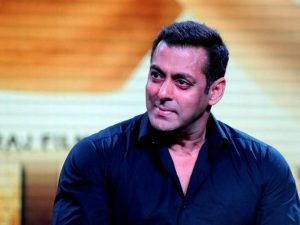 Salman Khan is a name even a child in India would know. The ‘Dabangg’ actor is renowned for his dashing good looks and his inspiring physique not only in India but all over the globe. Apart from being an actor, Salman Khan is also a successful producer, singer, artist, television personality, and entrepreneur.

In his acting career, which covers three decades, Salman Khan has received numerous awards and accolades for his immensely diverse roles and acting prowess. Salman Khan has millions of fans in India, Asia and also worldwide. He is one of the handfuls of actors that are recognized the world over as being synonymous with the Indian film industry.

Salman Khan has been a prominent part of Bollywood, the Indian film industry, for around 30 years now. As a celebrity, Salman Khan is one of the most popular ones in the entire movie industry. Not being shy to speak his mind, Sallu Bhai is revered by his millions of die-hard fans who watch each of his movies with an unseen passion. Despite being in his early 50s, Salman is renowned for his extremely youthful looks and a physique that rivals even other actors half who are half of Salman Khan’s age.

With all the good looks and tens of thousands of female fans, including a handful of actresses from the film industry, Salman Khan has chosen to remain single. Although, he has had his shares of relationships, the most talked-about being that with former Miss World and Indian actress, Aishwarya Rai. Currently, Salman Khan is said to be dating Romanian TV actor, model and presented, Lulia Vantur. Salman is low-key about his relationship with Lulia, however, he has not denied that she is not his girlfriend.

Recently, Salman Khan seems to be mired in controversies. From the infamous black buck deer hunting case in Rajasthan to the road accident in Mumbai, Salman Khan’s name is sure to be in one news or the other. An avid health enthusiast, Salman Khan is also an inspiration for many budding actors and others who are into bodybuilding.