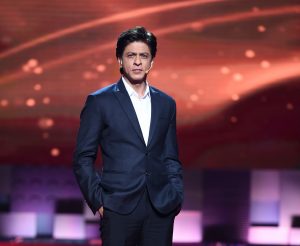 Shahrukh Khan, known as ‘King Khan’ or SRK, by his millions of Indian and global fans, is one of the most accomplished actors in the Indian film industry. Till date, Shahrukh has starred in over 80 movies and has won numerous awards and accolades for his intense roles. Due to the immense Indian and worldwide fan-base Shahrukh is touted to be one of the most successful actors in the whole world.

Now known as the ‘Baadshah of Bollywood’, Shahrukh Khan began his career in the television industry in the late 1980s. After having made his Bollywood debut in the early 1990s, Shahrukh rose to fame for portraying anti-hero characters with unique intensity. His stardom increased, even more, when he began playing romantic characters in the mid 1990s.

Apart from his movies, Shahrukh is also popular as TV game-show host. Not only this, being an avid cricket fan, Shahrukh is also owner of the Kolkata Knight Riders IPL team and co-owner of IPL too. A genuine human being at heart, Shahrukh is active in philanthropic endeavors, especially that concern providing effective disaster relief and health care.

Shahrukh Khan is counted amongst the most successful actors in the Indian film industry. The Baadshah is renowned for his amazing emotional acting roles, as well as his comedy timing. Debuting in the television industry in Fauji, Shahrukh Khan soon made his film debut with Deewana. Starting off his acting career with anti-hero characters, he soon became even more popular with his romantic roles as well.

Born in New Delhi, SRK moved to Mumbai soon after his mother’s demise in 1991. At even 53 years of age, the star of SRK is shining ever bright, with millions of teens and adults still being his loyal fans. Shahrukh Khan is one of the few Bollywood celebrities that are widely recognized worldwide. His fan following is immense all around the world and it is no wonder that his movies are a hit even abroad. With his black hair and dark, intense brown eyes, SRK will make you swoon.

Even if you are not impressed with his charming good looks, you are sure to be impressed as Shahrukh Khan’s annual income is around INR 290 crores (USD 45 Million). This makes Shahrukh Khan’s net worth over INR 4,900 crores (USD 760 Million). His mansion ‘Mannat’ in the posh Bandra suburb of Mumbai is casual with the hundreds of fans that throng its gates to get a glimpse of their icon.

You might want to know that Shahrukh Khan is taken. He is married to his childhood sweetheart, Gauri Khan (nee Chibber), an interior designer and film producer, and has two children, Aryan Khan and Suhana Khan. Apart from this, the couple also has a baby from surrogacy, Abram Khan.

His celebrity status transcends boundaries and is spread all over the world. SRK has an immense fan following not only in Asian countries but also in many European countries as well.