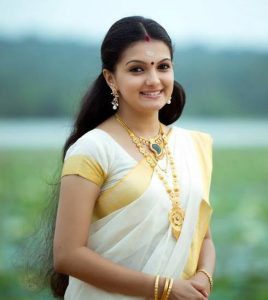 Saranya Mohan is a South Indian Actress from India. She was born on 19th February 1989 at Alappuzha, Kerala, India.

Her father’s name is Mohan. Her mother’s name is Kalamandalam Devi. She has one younger sister. Her name is Sukanya. She is a classical dancer.

Saranya Mohan has worked in many movies. Some of them are:

Saranya Mohan has worked in many TV serials. Some of them are: