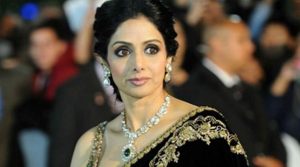 Sridevi was not only a popular actress in the Hindi film industry, but was also renowned for her roles in numerous other film industries, such as Telugu, Malayalam, Kannada and Tamil film industries.

Even after her demise, Sridevi continues to be one of the most celebrated artists from the Indian film industry.

Sridevi remains one of the most legendary actresses and was considered to be India’s first female superstar. Sridevi was cute, charming, witty and renowned for playing pranks on close family and friends.

Sridevi’s age at the time is her demise was 54 years, as Sridevi was born on the 13th of August, 1963. Sridevi was born in Meenampatti, a small town in Tamil Nadu. Sridevi’s height was around 5 ft 6 inches (168 cm) while Sridevi’s weight was around 56 kg (123 lbs). In her spare time, Sridevi loved to paint, dance or do yoga. Sridevi passed away on the 24th of February, 2018 due to drowning after falling unconscious in a hotel bathtub.

Sridevi’s father was the late Ayyapan Yanger, a lawyer by profession, and Sridevi’s mother was the late Rajeshwari Yanger. Sridevi’s sister was named Latha while she has two step-brothers, Satish and Anand. Although Sridevi was previously married to legendary actor Mithun Chakraborty till 1988, Sridevi’s husband was popular film producer Boney Kapoor, whom she was married from 1996 to her demise in 2018. Sridevi and Boney Kapoor have four children in all – stepson Arjun Kapoor, the young actor, as well as daughters Jhanvi Kapoor, an up and coming actress, and also Khushi Kapoor and Anshula Kapoor (step-daughter).

Sridevi won the heart of millions of fans and even her hardcore critics and was considered to be one of the most influential and successful actresses of her time. Sridevi was the recipient of numerous awards and honors.

Apart from winning these prestigious film awards, Sridevi was also honored with other awards.

Sridevi was the recipient of the Order of Afghanistan for her impressive performance in ‘Khuda Gawah’, in 1991.

Sridevi was also honored with the Padma Shri award, India’s 4th-highest civilian award by the Government of India in 2013.