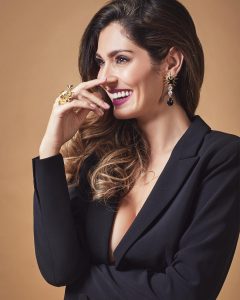 Bruna Abdullah is an actress from Mumbai, Maharashtra, India. She was born on 24th October 1986 at Porto Alegre, the Rio Grande Do Sul, Brazil.

Bruna Abdullah had a boyfriend. His name is Omar Farooque. He was a businessman. Check out the table below to get complete information on Bruna Abdullah.

Bruna Abdullah has participated in the reality TV show “Dancing Queen” and also in the “Khatron Ke Khiladi” and in the “Nach Baliye 6”.

Bruna Abdullah has worked in many films and TV Shows. Some of them are: