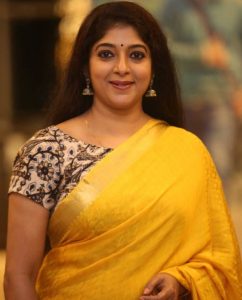 Sithara has worked in many movies. Some of them are: