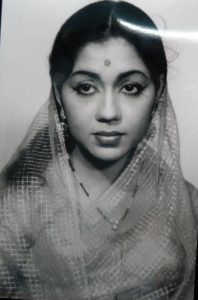 Her father’s name is T. Venkoji Rao. Her mother’s name is Sachi Devi. She has one sister. Her name is Krishan Kumari. Sowcar Janaki is married. Her husband’s name is Sankamaranchi Srinivasa Rao. They have two daughters. Their names are Yagna and Prabha. Check out the table below to get complete information on Sowcar Janaki.

Sowcar Janaki has won many awards. Some of them are: