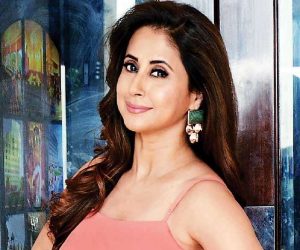 Urmila Matondkar is renowned for her intense acting skills and skillful dancing talent, which she showcased with confidence in numerous of her hit movies. Apart from being a popular Bollywood actress, Urmila Matondkar has also worked extensively in the Marathi, Malayalam, Tamil and Telugu film industries as well.

Urmila Matondkar has received numerous awards and honors for her acting skills.

For her impressive acting talent, Urmila Matondkar has been awarded several prestigious acting awards, apart from having had numerous award nominations as well.

Urmila Matondkar also won the Filmfare Awards’ Best Actress (Critics) award for her impressive acting in ‘Bhoot’ (2004) apart from having had 6 Filmfare Award nominations to her credit as well.

Urmila Matondkar is also the winner of the Zee Cine Awards’ Best Actor – Female award for her performance in ‘Bhoot’ (2004), besides having had 3 Zee Cine Award nominations as well. Urmila Matondkar has also won the Nandi Awards’ Best Actor in a Supporting Role – Female award for her role in the Telugu super hit ‘Gaayam’ (1993).