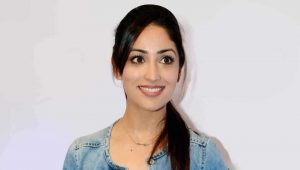 Yami Gautam is a popular young actress from the Indian Hindi film industry. Apart from being a popular actress in Bollywood, Yami Gautam is also a famous model who is seen frequently endorsing several top-end and luxurious products and brands in India.

Besides being renowned as an actress in the Bollywood movies, Yami Gautam has also appeared in movies from other Indian film industries, including the Tamil, Telugu, Kannada, Malayalam and Punjabi film industries too.

Before making her debut in movies, Yami Gautam began acting in popular TV serials. Next, she debuted in the Kannada, Punjabi, Telugu, then Bollywood and later in the Malayalam and Tamil film industries.

As for her success as a talented actress, Yami Gautam is the winner of several popular movie awards and has had numerous award nominations to her name as well.

Besides having won these prestigious awards, Yami Gautam has also had around 11 award nominations to her credit as well.