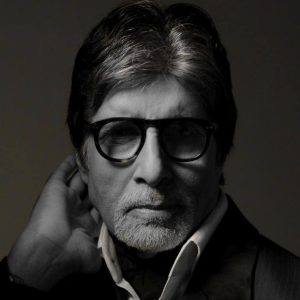 Amitabh Bachchan, popularly known as ‘Big B’ too, is definitely one of the most successful and accomplished actors in the Bollywood Indian film industry. Synonymous with the typical Indian adult of the time, Amitabh Bachchan began to be called the ‘Angry Young Man’, by critics and fans alike, thanks to his numerous roles as the good guy fighting against an evil establishment.

Amitabh Bachchan, apart from being a legendary movie actor, is also known to be a producer, TV show host and a former politician as well. His rise to fame in the 1970s and continued popularity till date have earned the legendary actor numerous monikers, including ‘Shahenshah of Bollywood’. In his career spanning over 50 years, Amitabh Bachchan has appeared in nearly 200 movies, making him one of the most influential actors not only in the Indian cinema but also amongst the global actors fraternity.

Apart from receiving numerous awards for his amazing acting skills, Amitabh Bachchan is also the recipient of several honorary citizen awards, including Filmfare Lifetime Achievement Award (1991), Filmfare Award’s ‘Superstar of the Millennium’ (2000), voted by BBC as the ‘Greatest Star of Screen of Stage’ in its 1999 ‘Your Millennium’ survey,  Asian Film Awards’ ‘Lifetime Achievement Award’ (2010), Padma Shri (1984), Padma Bhushan (2001), Padma Vibhushan (2015), title of ‘Knight of the Legion of Honor’ from the French Government (2007), among others.