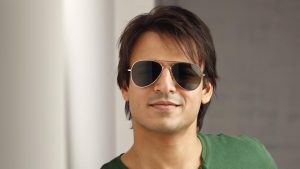 Vivek Oberoi is a popular actor in the Bollywood film industry. He comes from a family of actors, and made his debut portraying the feared underworld don, Dawood Ibrahim in Ram Gopal Varma’s movie. After having earned an award and numerous accolades for his role, he has starred in many films. He is most known for his portrayal of real life characters in graphic, often thrilling movies.

Belonging to a Punjabi family, Vivek Oberoi was however born in Hyderabad. After having completed his schooling from Hyderabad Public School, Vivek Oberoi chose to go to the Mayo College in Ajmer, Rajasthan for his higher studies. Later on, he shifted to Mumbai and enrolled in the Mithibai College, Juhu.

Vivek was attending an actor’s workshop in London where he was spotted by the New York University Director, who enrolled him there for a master’s degree in film acting. After having completed his studies, Vivek Oberoi returned to India and worked as a script writer for a few years.

Apart from being an actor, Vivek Oberoi is also a businessman and philanthropist. Vivek Oberoi’s hobbies include contributing towards social work in his spare time. He is quite passionate about his philanthropy, especially when Vivek Oberoi helped with relief and rebuilding efforts of a Tsunami-affected village in the Cuddalore district of Tamil Nadu. Vivek Oberoi was awarded the Red and White Bravery Award (2006) for this.