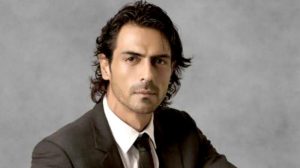 Arjun Rampal is one of the most handsome and dashing actors in Bollywood. Ever since his debut in Bollywood in 2001, Arjun Rampal has starred in several hit movies till date. Being a versatile actor, Arjun Rampal’s performance has been critically acclaimed and won him millions of fans for his acting skills in romantic, thrillers, biopics, socio-political and crime drama movie genres.

Not only is Arjun Rampal one of the best-looking celebrities and a movie actor, Arjun Rampal is also a screenwriter, film producer, TV host and entrepreneur apart from being a highly successful and popular models in India.

Arjun Rampal is one of the few models who have become talented and successful film actors in India. Arjun Rampal has a huge fan following not only for his chiseled features but also for his acting prowess.

In his spare time, Arjun Rampal’s hobbies include reading, or playing the guitar and cricket. Arjun Rampal also has a love for driving.

Arjun Rampal has received the Apsara Film & Television Producers Guild Awards’ Best Actor in a Supporting Role award for his role in the multi-starred ‘Raajneeti’ (2011).

Apart from these award wins, Arjun Rampal has also been nominated for numerous awards for his movies.