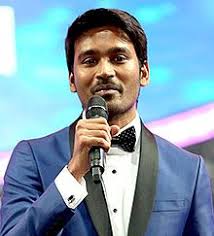 Dhanush is an actor from India. He was born on 28th July 1983 at Madurai, Tamil Nadu, India.

Dhanush is famous for his singing “Why This Kolaveri Di”. Some of his popular movies are:

Dhanush has won many awards. Some of them are: