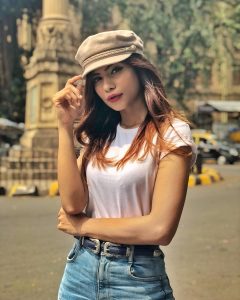 Nagma Mirajkar is a popular and young Indian Tik Tok superstar who is also known as a style diva on Instagram.

Apart from being one of the most popular young female Musical.ly crowned musers from India, Nagma Mirajkar is also a fashion blogger whose fashion tips and dressing style are copied by millions of her female fans all over India and around the world as well.

Although Nagma Mirajkar studied and graduated with a degree in commerce and later did her Masters in Business Administration (MBA) before joining to work with a leading hospital in Mumbai, when she began getting compliments as she started to appear in Awez Darbar’s Tik Tik videos, Nagma Mirajkar started her own Musical.ly account and today has millions of fans and hearts to her credit.