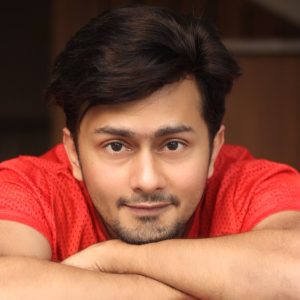 Apart from being a popular dancer and choreographer, Awez Darbar is also famous for his comedy skills and acting talent which he normally showcases on his Musical.ly account and YouTube channel.

Currently, Awez Darbar is a Crowned Muser on Tik Tok and is seen in numerous popular videos with other famous Indian Musical.ly stars. Awez Darbar has a huge fan following with millions of views on his numerous Tik Tok and YouTube videos.

Awez Darbar is a young and highly talented dancer and celebrity choreographer who is most renowned as a Musical.ly Crowned Muser as well as a popular Indian YouTube personality. Awez Darbar has had a passion for dancing and began choreographing dance items for his college stage shows and today is a talented choreographer who works with the famed Shiamak Dawar dance institute as a teacher.

Talking about his success as a YouTube personality, Tik Tik sensation and a celebrity choreographer from India, Awez Darbar has had millions of views on his Musical.ly videos and his YouTube videos have also drawn millions of views from this tens of thousands of fans, not only from India but also from abroad.