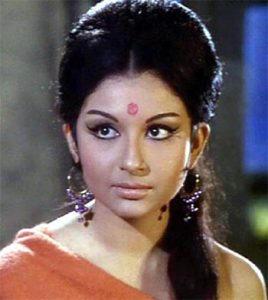 Being interested in acting since a very young age, Sharmila Tagore left her schooling and began to focus on her acting career, when in her teens, at the advise of her father.

Today, Sharmila Tagore is known to have played some of the most memorable female characters in numerous of her movies.

Sharmila Tagore has although stopped acting in movies from the past decade she is still renowned as being one of the most beautiful and skilled actresses to have ever graced the big screen in India. Sharmila Tagore is one of the few heroines who have made a significant name in the Bollywood film industry as well as in the prestigious Bengali cinema too.

Thanks to her immense success as an actress and extensive investments, Sharmila Tagore’s net worth is estimated to be around INR 362 crores (USD 50 Million).

Talking about her success as a talented actress, Sharmila Tagore has received numerous awards and has also been nominated several times, throughout her long acting career.

For her immense contribution to the Indian cinema all through these years, Sharmila Tagore has also been awarded with prestigious honors, including the Padma Bhushan award, India’s 3rd-highest civilian award in 2013, by the Government of India.