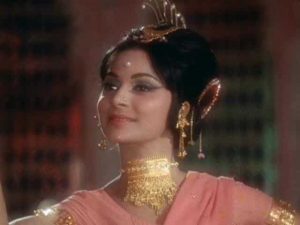 Waheeda Rehman is a legendary actress from the Indian film industry. Most popular between the 1950s and 1970s, Waheeda Rehman established herself as one of the most talented and acclaimed actresses by acting in several movie genres at the time.

Apart from having starred in Hindi movies, Waheeda Rehman was also a major part in the Tamil, Telugu and Bengali film industries too.

In her heydays, Waheeda Rehman was termed as the “most beautiful” actress of her time by numerous media and magazines.

Waheeda Rehman is considered to be amongst the most beautiful and talented actresses of her time. Despite having made her initial debuts in the Telugu and Tamil film industries, Waheeda Rehman swiftly became an extremely popular actress in the Hindi film industry too.

Thanks to her over 50 years in the Indian cinema as a successful and popular actress, Waheeda Rehman’s net worth today is estimated to be around INR 126 crores (USD 71 Million).

Talking about her success as a talented actress, Waheeda Rehman has won several prestigious awards and also been nominated several times.

Besides these acting awards, Waheeda Rehman was also awarded the NTR National Award in 2006 before being awarded the Padma Bhushan, India’s 3rd-highest civilian award, by the Government of India in 2011.