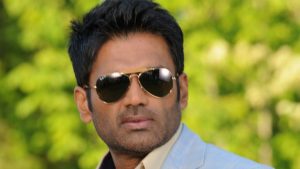 Sunil Shetty is a popular actor in the Bollywood film industry. With a career of over 25 years as an actor Sunil Shetty has starred in over 100 films.

Apart from being a talented actor, Sunil Shetty is also known as a film producer and an established entrepreneur as well.

Sunil Shetty has worked mainly in the Indian Hindi film industry, but has also performed in several other movie industries as well, such as Tamil, Malayalam and English. Sunil Shetty is most popular for his action roles apart from his straight-faced comedy talent.

Sunil Shetty is a popular action and comedy actor who has mainly worked in the Bollywood film industry since the early 1990s. Sunil Shetty has been working as an actor for over 25 years now and has starred in around 110 movies.

Coming to Sunil Shetty’s acting skills, he is the winner of several prestigious film awards as well as having nominations for numerous awards as well.