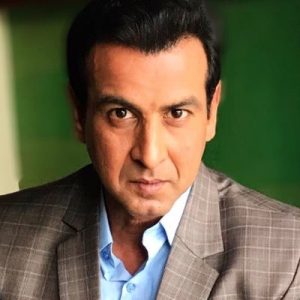 Ronit Roy is a renowned actor in the Indian Hindi film and television industry. He is best known for some of his iconic characters which he has played on the small screen mainly.

Although he wanted to enter Bollywood from his youth, popular director Subhash Ghai is said to have advised him against this, considering the tough competition associated with the Indian film industry.

Later, however, Ronit Roy went on to star in some of the most memorable roles in Indian television.

Ronit Roy is one of the most talented actors who is renowned for playing tough and sombre characters on screen – in Bollywood and on TV as well.

Ronit Roy’s height is around 5 ft 8 inches (173 cm) while Ronit Roy’s weight is 75 kg (165 lbs). Ronit Roy’s hobbies include surfing the Internet and reading informative material in his spare time.

Owing to his significant success as a TV actor and a movie star, Ronit Roy’s net worth as of 2018 is estimated to be around INR 14 crores (USD 2 Million).

Being an impressive and skilled actor, Ronit Roy is the recipient of numerous awards for his roles in movies as well as popular TV serials in India. The list of Ronit Roy’s awards include the Indian Television Academy (ITA) Award for Best Actor – Drama (Popular) with a tie for his roles in ‘Kasautii Zindagii Ki’ and ‘Kyunki Saas Bhi Kabhi Bahu Thi’ (2003).

Then, Ronit Roy won the Indian Telly Award for Best Actor (Popular) and the ITA Awards’ Best Actor (Jury) award for his role in ‘Bandini’ (2009).

The next year spelled a winning spree for Ronit Roy as he won the BIG Television Awards’ Veer Character – Male (Fiction) award and the Zee Gold Awards’ Stellar Performance of the Year – Male award for ‘Adaalat’ (2011). Apart from this, Ronit Roy also won the Filmfare Award for Best Supporting Actor, the Star Screen Awards’ Screen Award for Best Villain, the UTV Movie Jeeyo Bollywood Awards’ Best Actor in a Negative Role award as well as The Global Indian Film & TV Honours’ Best Performance in a Negative Role award, all for his impressive negative role in the commercial and critics’ hit, ‘Udaan’ (2011).