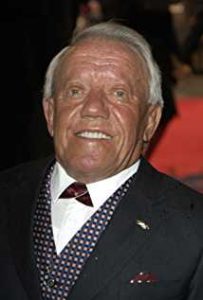 Kenny Baker was an English actor who was most renowned to have played the lovable droid R2D2 in the earliest Star Wars trilogy.

Kenny Baker was not only popular for his role in the Star Wars movies, but Kenny Baker also appeared in numerous other popular films of his time as well.

Besides being a successful actor, Kenny Baker was also a skilled musician and entertainer who worked in a variety show before launching his acting career with the first Star Wars movie in 1977.

Kenny Baker was extremely popular for playing the little droid R2D2 in all Star Wars movies till 2015. Kenny Baker earlier started a career by joining with a local theatrical group consisting of midgets and dwarves. After this first stint at show business, Kenny Baker also worked as a circus performer as an ice skating performer. Later on, Kenny Baker founded a comedy club along with entertainer Jack Purvis and became a popular as the Minitones in nightclubs. It was fate that George Lucas, the assistant director of Star Wars saw his performance and offered Kenny Baker the role of R2D2.

Thanks to his successful career as an actor, musician and entertainer, Kenny Baker’s net worth was estimated around INR 14 crores (USD 2 Million) at the time of his demise in 2016.