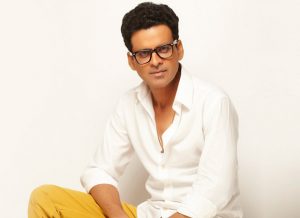 Manoj Bajpayee, also known as Manoj Bajpai, is one of the most versatile and celebrated actors in the Indian film industry. Apart from this, Manoj Bajpayee has also appeared in a number of Tamil and Telugu films. For his immense acting skills, Manoj Bajpayee is the recipient of several national film awards.

Hailing from a small village in the expanse of Bihar, Manoj Bajpayee had always aspired to become an actor. Although he tried to get admission into the National School of Drama (NSD) in New Delhi, he was unsuccessful 4 times. However, he continued to be a part of the theater while studying in college. Although he appeared for a very small role in 1994, Manoj Bajpayee rose to fame with his role as Bhiku Mhatre in the 1998 crime drama ‘Satya’ by Ram Gopal Varma. Garnering widespread acclaim for his graphic portrayal of the gangster and receiving awards for his role, Manoj Bajpayee has since been seen acting in a large variety of roles.

Today, thanks to wide accolades for his interesting and captivating roles, Manoj Bajapyee has become one of the most established and adored actors.

Born in 1969, Manoj Bajpayee’s age is 49 years, and he celebrates his birthday each year on the 23rd of April. Manoj Bajpayee’s height is 5 ft 9 inches (175 cm), while Manoj Bajpayee’s weight is around 68 kg (150 lbs). With jet black hair and black eyes, Manoj Bajpayee does not fit the conventional ‘hero’ look of Bollywood yet he has carved a name in the Indian film industry with his amazing acting skills.

Manoj Bajpayee is one of the most renowned actors of today. After having a minute-long in his debut movie ‘Drohkaal’ (1994), Manoj Bajpayee remained largely unrecognized Manoj Bajpayee became a prominent TV actor with his role in the soap opera ‘Swabhimaan’ (1995). He also got the role to play dacoit Mann Singh in the Shekhar Gupta directed ‘Bandit Queen’ (1994).

After having being cast in a comic role in ‘Daud’ (1997), director Ram Gopal Varma finally signed up Manoj Bajpayee for a prominent role in his next, ‘Satya’ (1998), in which he portrayed the gangster’s character of Bhiku Mhatre with unparalleled realistic acting. His acting in Satya was the recognition he had long waited for. For this impressive role, Manoj Bajpayee was nominated for numerous awards and accolades. Next, Manoj Bajpayee starred in another one of Ram Gopal Varma’s movie, ‘Shool’, in 1999, again garnering praise for his role. In 1999, Manoj Bajpayee ventured into another aspect of Indian film industry, and starred in the Telugu romantic movie, ‘Prem Katha’.

In 2004, Manoj Bajpayee was part of ‘Veer Zara’, which was screened at the 55th Berlin Film Festival and went on to become the highest-grossing film of the year. Manoj Bajpayee again found success after 6 years, when he starred in Prakash Jha’s ‘Raajneeti’. He has received widespread acclaim for his portrayal of a political youth leader belonging to a royal family.

In 2012, Manoj Bajpayee rose to new-found fame with his gritty and realistic portrayal of Sardaar Khan in ‘Gangs of Wasseypur – 1’, directed by Anurag Kashyap. The widely acclaimed movie, especially his brilliant acting, enabled the movie to be released at the Cannes Film Festival and Toronto Film Festival in 2012, and the Sundance Film Festival in 2013. Manoj Bajpayee was also nominated for a Filmfare Award for Best Actor his role in the gangster biography.

In 2013, Manoj Bajpayee was seen in ‘Special 26’ playing the role of a CBI officer, which was based on a true heist event in New Delhi, and later in Shootout At Wadala, this time portraying a gangster from Mumbai.

Manoj Bajpayee’s recent prominent role was in Ram Gopal Varma’s ‘Sarkaar 3’, which was released in 2017.