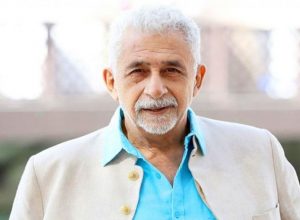 Naseeruddin Shah has also been a part of many Pakistani movies as well, and has won several film awards and citizen honors. Born in Barabanki district of Uttar Pradesh, Naseeruddin Shah was one of three siblings and has prominent Afghani ancestry.

Naseeruddin Shah is undoubtedly one of the most talented actors in the Indian film industry. Naseeruddin Shah has acted not only in vernacular Indian movies, such as Kannada and Bengali, he is also one of the few select actors with prominent roles in Hollywood movies too.

Naseeruddin Shah brings life into the characters he portrays unlike any other actors. From playing the quintessential romantic hero, to playing negative roles with equal panache, the theatrical genius is clear to see in all his movies. For his versatile and powerful acting skills, Naseeruddin Shah has won numerous awards,

Naseeruddin Shah has also been awarded with the Sangeet Natak Akademi Award and the International Indian Film Academy Awards’ Artistic Excellence for Performance in a Negative Role in the movie ‘Sarfarosh’, in 2000. Apart from this, International Film And Television Club of Asian Academy of Film and Television awarded Naseeruddin Shah life-time membership, for his immense contribution through acting in movies and television.