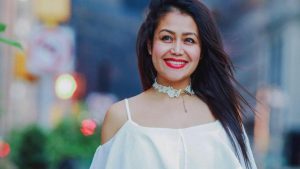 Neha Kakkar is a playback singer and actoress from India. She was born on 6th June 1988 at Rishikesh, Uttarakhand, India.

Her father’s name is Rishikesh Kakkar and her mother’s name is Niti Kakkar. Neha Kakkar has an elder sister and brother. Their names are Sonu Kakkar and Tony Kakkar. They both are in the field of singing. Check out the table below to get complete information on Neha Kakkar.

Neha Kakkar has sung many songs and albums. Some of them are:

This is the song from the Kannada movie Thomassu. In this song, her co-singer was Master Saleem.

This is the song from the Bollywood movie Cocktail. In this song, her co-singers were Miss Pooja and Nakash Aziz.

This is the song from the Bollywood movie The Shaukeens. In this song, her co-singer was Honey Singh.

This is the song from the Bollywood movie Tum Bin 2. In this song, her co-singers were Hardy Sandhu and Raftaar.

Neha Kakkar has joined this reality show as a contestant on 11th April 2008. Farah Khan and Vishal Shekhar were the two judges of the show.

Neha Kakkar has joined this reality show as a judge with two more judges Himesh Reshammiya and Javed Ali along with 30 members of the grand jury.

Neha Kakkar has won many awards. Some of her wards are: