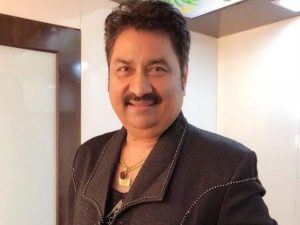 Kedarnath Bhattacharya aka Kumar Sanu is a singer from India. He was born on 23rd September 1957 at Kolkata, West Bengal, India.

Kumar Sanu is married two times. His first wife’s name is Rita (Divorced in 1994). His second wife’s name is Saloni Sanu. Kumar Sanu has two daughters and one son. They are Anna, Shannon, and Jaan. They all are singers. Check out the table below to get complete information on Kumar Sanu.

Kumar Sanu’s height is 5 feet 11 inches and his weight is 84 Kg. His age is 65 Years. It is not known if Kumar Sanu smokes or drinks alcohol.

Kumar Sanu is a master in singing Thumri, Khayal and Bhajans. He has sung many romantic songs. Some of his songs are:

Kumar Sanu’s name has been recorded in the “Guinness Book of World Records” for recording 28 songs in a day. Many more awards have been won by Kumar Sanu for his legendary songs. Some of his awards are: