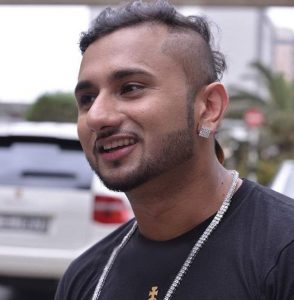 Hirdesh Singh aka Yo Yo Honey Singh is a Rapper, Music Director, Song Writer, Indi-Pop Singer from India. He was born on 15th March 1983 at Hoshiarpur, Punjab, India.

Honey Singh is married. His wife’s name is Shalini Talwar Singh. Check out the table below to get complete information Honey Singh.

Honey Singh is mostly known for his Hindi Raps. He is one of the highest paid singers in Bollywood. He has sung many songs, albums and worked in many movies as an actor. Some of them are:

Honey Singh mostly prefers singing in Hindi and Punjabi language. He has also worked in movies as an actor. Some of them are:

He has won a number of awards. Some of them are: