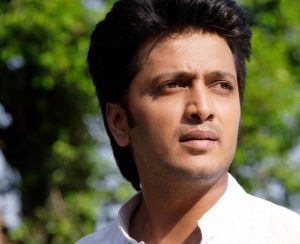 Riteish Deshmukh, is a renowned actor in Bollywood and the Marathi film industry. Apart from being an accomplished actor, Riteish Deshmukh is also a movie producer and a qualified architect too.

Although Riteish Deshmukh made his debut in 2003, he did not achieve popularity as an actor in Bollywood till the following year, 2004. His first hit movie, the adult comedy, ‘Masti’, earned him nominations for numerous awards that year.

In view of his perfect comedy timing, Riteish Deshmukh has been the top choice to host numerous award shows as well as a few TV shows.

Riteish Deshmukh is fond of food and loves mutton biryani apart from mostly Maharashtrian cuisine. Riteish Deshmukh loves cricket and spends most of his free time playing it with friends.

Riteish Deshmukh has spent over 15 years in the film industry and earned numerous awards and accolades. Till date, Riteish Deshmukh has won Star Screen Award and Zee Cine Award for Best Comedian for Masti (2005), Zee Cine Award for Best Comedian for ‘Bluffmaster’ (2006), Stardust Awards for Best Supporting Actor for ‘Kya Kool Hain Hum’ (2006), 2008 Zee Cine Award for Entertainer of the Year, IIFA Award for Best Performance in a Comic Role for ‘Housefull’ (2011) and for ‘Double Dhamaal’ (2012), Zee Gaurav Awards for Best Actor for his role in the Marathi hit ‘Lai Bhaari’ (2014), BIG Star Entertainment Awards’ Most Entertaining Actor in a Thriller Film (Male) for ‘Ek Villain’ (2014), Zee Talkies Maharashtra  Favorite Actor award for ‘Lai Bhaari’ (2014) as well as the IIFA Award for Best Actor in a Supporting Role (Male) for ‘Ek Villain’ (2015), amongst many other awards.