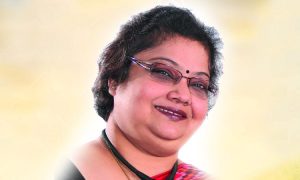 Her father’s name is Sri Anil Kumar Sen. Her mother’s name is Sumitra Sen. She has one sister. Her name is Indrani Sen. Check out the table below to get complete information on Srabani Sen.