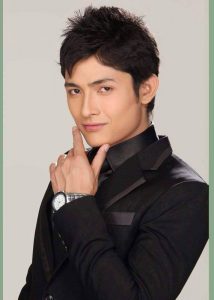 Vivek Bora is a young and popular Assamese actor who rose to fame as a contestant on MTV Roadies Xtreme TV show.

Vivek Bora initially entered into modeling and was the runner up at a state-level modeling contest and soon became popular for his chiseled looks in the modeling industry.

After having appeared in a movie from the Assamese film industry Vivek Bora rose to new-found fame as one of the most likeable contestants on MTV Roadies Xtreme in 2018.

Vivek Bora rose to fame when he became one of the top favorite contestants among audiences and judges in the ‘MTV Roadies Xtreme’ (2018) adventure reality TV show. Prior to this, Vivek Bora was already an actor who had appeared in two movies from the Assamese film industry, including the hugely popular ‘Gangs of North East’ (2017).

Talking about his success as a model, Vivek Bora’s achievements include winning the Saundarya Mr. Assam modeling title in 2012, and also include winning 2nd place in the Mega Mr. Northeast modeling competition in 2014.

As for his physical prowess, Vivek Bora’s arm wrestling profession has enabled Vivek Bora to win the National Arm Wrestling Championship in 2012 and again in 2013.