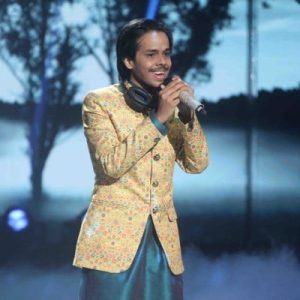 Tanmay Chaturvedi is a highly-talented young singer from India. Tanmay Chaturvedi rose to fame initially with his wonderful performance as a kid in ‘Sa Re Ga Ma Pa Li’l Champs’ (2007) where he finished as the 2nd runner up in the finale.

Currently, Tanmay Chaturvedi has again rose to fame as one of the top contestants on the ‘Sa Re Ga Ma Pa’ (2018) reality TV competition for Indian singers.

Tanmay Chaturvedi is a naturally-talented singer whose dulcet tones were discovered when he performed sung his first song even before he was 3 years old. Tanmay Chaturvedi rose to fame when he was awarded the 2nd runner up in the ‘Sa Re Ga Ma Pa Li’l Champs’ (2007) at age 11 years and recently found fame again when he became one of the most popular and loved contestants on ‘Sa Re Ga Ma Pa’ (2018) on Zee TV network.

Apart from being popular as a runner-up of ‘Sa Re Ga Ma Pa Li’l Champ’ (2007) and a top favorite performer in ‘Sa Re Ga Ma Pa’ (2018), Tanmay Chaturvedi is also popular for having performed in several live shows in various other countries, won a special award for his impressive performance and stage presence for TV Achievement on the ‘Ustaadon Ke Ustaad’ (2009) TV show on Sony TV and also sang playback for a song in the Amitabh Bachchan movie ‘Bhootnath’ (2010).

Last, but not the least, Tanmay Chaturvedi’s amazing singing talent has also won him the ‘Rajiv Gandhi Excellency Award’ by the Government of India in June of 2011.