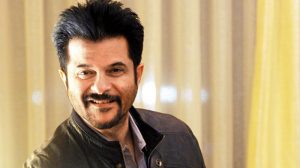 Anil Kapoor is one of the most popular actors of Bollywood. Renowned for his versatile roles in movies and Indian and international movies and TV series, Anil Kapoor has worked as an actor for more than 40 years.

Anil Kapoor has also been a producer since 2005, and has won several awards for his acting skills till date. Anil Kapoor is also one of the first mainstream Bollywood star to have made debuts in other Indian cinema industries, including the Telugu and Kannada films.

Anil Kapoor’s first international movie, ‘Slumdog Millionaire’ was one of the highest-grossing and Academy Award-winning movies. Apart from this, Anil Kapoor has also revived the US TV series ’24’ for Indian audiences, which has won him great reviews at the international level.

Anil Kapoor is one of the most recognizable and popular Indian actors on a global scale.

Anil Kapoor is renowned for his unique ‘Bambaiya’ style of conversing. Apart from this, Anil Kapoor is equally good in comic, dramatic or action roles, as witnessed in his movies, and TV series.

Although, today Anil Kapoor’s wife is Sunita Bhambhani Kapoor, a costume designer, Anil Kapoor had two girlfriends prior. In his younger days, Anil Kapoor was rumored to be in relationships with two co-actresses, Madhuri Dixit and Kimi Katkar.

Anil Kapoor’s hobbies include working out or painting when at home, and he often travels to new places, whenever his schedule allows it.

Talking about his success as an actor, Anil Kapoor has won over 25 awards for his impressive and versatile acting skills.