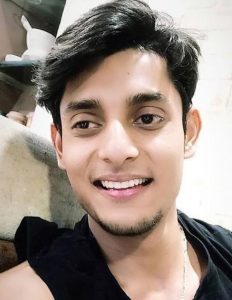 Vidit Sharma is one of the popular contestants on MTV Roadies Xtreme season 11 in 2018.

Vidit Sharma was already a successful model before he decided to try out for MTV Roadies at the Ahmedabad auditions. After having been buzzed through by all 4 gang leaders on the show, Vidit Sharma was the first male contestant to get to bypass the initial culling round after being selected as a participant in MTV Roadies Xtreme (2018).

Vidit Sharma shared the tragic story of his older sister’s death due to a car accident in 2016 which motivated him to inspire others to get over the loss of a loved one.

Vidit Sharma rose to nation-wide fame when he was selected directly by all four Gang Leaders on MTV Roadies Xtreme Ahmadabad auditions by being directly buzzed into the competition and bypassed the culling round. Vidit Sharma’s recalling of how his older sister Vandita met with a tragic accident and passed away tugged at the heartstrings of audience and gang leaders alike. Vidit Sharma is also a successful and award-winning model too.