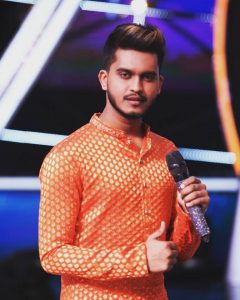 Kunal Pandit is a young and talented singer who rose to fame again with his entertaining performance on the ‘Indian Idol – Season 10’ (2018).

Kunal Pandit is a skilled singer who began singing at the tender age of only 5 years. Kunal Pandit belongs to a family of artists with his grandfather being one of India’s popular Qawwali singers and his uncle being a popular music director and composer.

Although Kunal Pandit made waves initially with his performance in ‘Sa Re Ga Ma Pa’ (2012), Kunal Pandit impressed audiences and judges alike with his skilled modern singing on Indian Idol.

Kunal Pandit is a truly talented singer who can sing in a variety of genres but is most popular for his modern way of singing Bollywood songs. Kunal Pandit proved his skills and talent as a singer when he wowed judges and audiences alike with his performance on ‘Indian Idol – Season 10’ (2018) and later, when he released his debut single song in the same year as well.