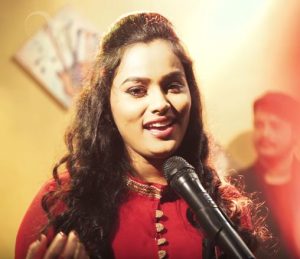 Aishwarya Pandit is a talented young female singer from India who has become popular with her appearance on Zee TV’s ‘Sa Re Ga Ma Pa’ (2018).

Aishwarya Pandit is a highly-talented and well-trained singer who comes from a family of singers. Trained by her mother who is a talented singer in her own rights, Aishwarya Pandit was supported by her family for singing from a very young age.

Today, Aishwarya Pandit is a superb singer who has mesmerized judges and audiences alike with her immensely soulful performances.

Talking about her popularity and success as a singer, Aishwarya Pandit’s award-wins include winning the Stree Shakti Award in 2013 and winning another Stree Shakti Award in 2015, besides being awarded with the Golden Buzzer on Color TV’s ‘India’s Got Talent’ (2016) as well as winning several prestigious awards from the Madhya Pradesh and Chhattisgarh governments.