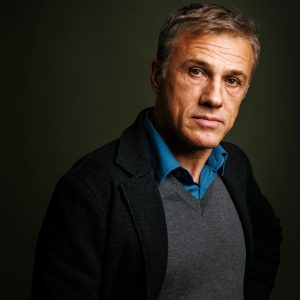 Christoph Waltz is one of the most renowned actors in the Hollywood film industry, and is most recognized to have played several villainous characters in super hit American movies.

Christoph Waltz is most recognized for playing smooth-talking, soft-spoken and charming but sinister characters. Christoph Waltz’s characters mostly include a long dialogue/speech which explains his motivations in the most uniquely chilling and humorous way.

Christoph Waltz is most recognized for playing protagonists in movies, who are deviously smooth talkers with a deceptively brutal and cunning personality hidden beneath a sophisticated veneer.

As for the recognition for being a talented actor on TV and in movies, Christoph Waltz has won numerous prestigious awards and honors and has had immense award nominations too.

Christoph Waltz is also the winner of the Satellite Award for Best Supporting Actor – Motion Picture for his performance in ‘Inglorious Basterds’ (2009) apart from having 1 Satellite Award nomination later.

Christoph Waltz has also received the 1982 O. E. Hasse Prize from the Berlin Academy of Arts, the 2010 Romy Favorite Actor award, the 2010 Santa Barbara International Film Festival’s Cinema Vanguard Award, the 2012 Austrian Cross of Honor for Science and Art and also received his own star on the Hollywood Walk of Fame, in 2014.