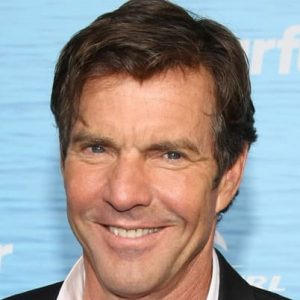 Dennis Quaid is a popular Hollywood actor, producer and film director. As an actor, Dennis Quaid is renowned to play light, comic roles and is an impressive drama artist.

Dennis Quaid comes from a family where his elder brother is also a renowned actor in Hollywood. After winning widespread acclaim post-debut in the 1980s, Dennis Quaid is today an award-winning actor in the North American movie industry.

Apart from being an actor, film director and film producer, Dennis Quaid is also a talented singer and performs with his own band.

Dennis Quaid is divorced and has been married three times in all. His last marriage was to real estate agent Kimberley Buffington, with whom Dennis Quaid finally got divorced in April of 2018, after almost four years of marriage. Dennis Quaid has three children from his marriages, which include daughter Zoe Grace Quaid and sons Jack Henry Quaid and Thomas Boone Quaid.

Thanks to his almost 40 years of career as an actor, and also as a film director and producer, Dennis Quaid’s net worth today is an estimated INR 280 crores (USD 40 Million).

In his long career as an actor, Dennis Quaid has won over 6 awards and has been nominated numerous times as well.