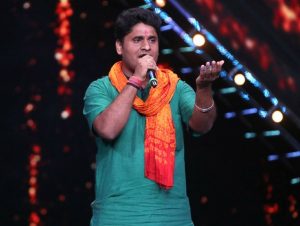 Nitin Kumar is a popular young Indian singer who is most renowned as the runner-up of the ‘Indian Idol – Season 10’.

Nitin Kumar has been inspired to sing ever since he was a child. When Nitin Kumar was only 5 years old he began singing devotional songs and Bhajans as he visited the temple with his father every morning.

Later on, Nitin Kumar participated and was placed 2nd in the finale of ‘Sa Re Ga Ma Pa Li’l Champs’ in 2011 when he was around 154 years old and amazed judges and audience alike with his smooth and excellent singing skills.

Nitin Kumar is a truly talented young Indian singer who has mesmerized judges and fans with his soulful and smooth voice which he is most recognized for singing sufi songs. Apart from being popular as the runner-up in the finale of ‘Sa Re Ga Ma Pa Li’l Champs’ (2011) at 14 years old and later on winning the 2nd place in the more recent ‘Indian Idol – Season 10’ (2018), Nitin Kumar has also sung at least 3 songs in two different movies till date.

Thanks to his impressive singing talent and popularity as a background singer for movies, Nitin Kumar’s salary is around INR 5 lac (USD 7,000) per month.