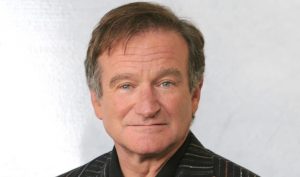 Robin Williams was one of the most talented artists to have worked in the history of the Hollywood movie industry.

Robin Williams became popular as a standup comedian initially before making his debut in the Hollywood movie industry and the American TV industry.

Robin Williams is still considered to be one of the most legendary comedians and an extremely talented voice-over artist who gave distinct characteristics to the various animated characters he has portrayed. Robin Williams was awarded numerous prestigious acting awards and had many award nominations to his credit as well.

Robin Williams has been voted as one of the funniest men around the world, owing to his impressive talent for not only mimicking different voices and accents but also for developing a distinct mannerism for each memorable voice and acting character he has played on the big screen. Apart from being a huge and successful comedian Robin Williams was also one of the most talented actors who portrayed his amazing dramatic skills with several iconic characters in super hit and critically-acclaimed movies.

Owing to his immense success and global popularity as a comedian and actor, Robin Williams’s net worth at the time of his demise is estimated to be around INR 700 crores (USD 100 Million).

Talking about his accomplishments as an actor, Robin Williams was awarded several honored awards and had numerous award nominations to his credit in an acting career that spanned well over 30 years.