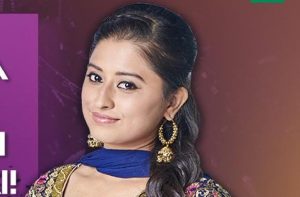 Somi Khan is a young celebrity now who became a popular contestant on ‘Big Boss – Season 12’ (2018).

Somi Khan comes from a hotel management background in Rajasthan. After being selected as ‘Commoner Contestants’, Somi Khan and her sister Saba Khan entered Big Boss 12.

Somi Khan, along with her sister Saba Khan, soon made thousands of fans before sadly being evicted from the house of Big Boss – Season 12.

Somi Khan is one of the most popular Commoner Contestants, along with her older sister, to have appeared on the ‘Big Boss – Season 12’ (2018) reality TV show. Somi Khan came in as part of the Vichitr Jodi concept and was soon favorite of thousands of viewers across the country. Somi Khan related how her father was opposed to their rights and eventually left the family. Somi Khan told how her mother had to work hard to make ends meet for her and her siblings. Today, Somi Khan has been working successfully in the hotel industry for over 3 years now before becoming a celebrity with her appearance on Big Boss 12.

Although there is no information about Somi Khan’s father, Somi Khan’s mother is Samina Khan, a businesswoman. Somi Khan is the 3rd out of 4 children to her parents. Somi Khan’s younger brother is Faizan Khan, a student. Somi Khan’s older sisters include Saba Khan, a front office manager by profession who was also a contestant with Somi Khan on Big Boss – 12 as well as includes Sana Khan, who is a bank employee. Somi Khan’s relationship status is single as Somi Khan does not have a boyfriend currently.

It has been a meteoric rise for Somi Khan, from being a hotel management employee to becoming a celebrity in India after being selected for Big Boss 12.