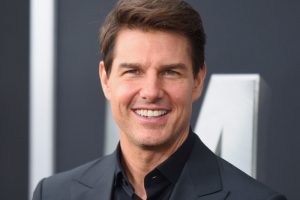 Tom Cruise is among the most popular Hollywood actors and a globally renowned celebrity. Tom Cruise’s impressive acting talent has earned him several awards and numerous award nominations too.

Tom Cruise is renowned for his impressive acting skills, which he has showcased in movies of different genres – from romantic comedies to action thrillers and even drama.

Besides being a top actor Tom Cruise is also one of the highest-paid artists in the American film industry.

Tom Cruise is one of the most renowned celebrities and a highly-popular actor from the American movie industry. Apart from his celebrity status and acting, Tom Cruise is also known to have produced a few Hollywood movies as well.

Owing to his immensely successful career as a Hollywood actor, which spans over 30 years, Tom Cruise’s net worth is around INR 4021 crores (USD 550 Million).

As for his success as a talented actor in the American film industry, Tom Cruise is the winner of several prestigious awards and has had numerous award nominations to his credit till date.

Tom Cruise has had 3 Academy Award nominations till date and was honored with a Star on the Walk of Fame in 1986.

Tom Cruise has also won the Empire Award for Best Actor for his performance in ‘Minority Report’ (2003), apart from having 1 Empire Award nomination for his role in ‘Collateral’ (2005).

Tom Cruise also won the Satellite Awards’ Best Performance by an Actor in a Motion Picture – Comedy or Musical award for his role in ‘Jerry Maguire’ (1997), apart from having 2 Satellite Award nominations too.

Besides winning these prestigious awards, Tom Cruise is also the recipient of the 2005 Stanley Kubrick Britannia Award for Excellence in Film, the David de Donatello Special David award in 2005 too, the 1994 Hasty Pudding Man of the Year award, the Nickelodeon Kids’ Choice Awards’ 2001 The Wannabe Award, the 1990 People’s Choice Award for Favorite Motion Picture Actor and the 1994 People’s Choice Award for Favorite Dramatic Motion Picture Actor also.