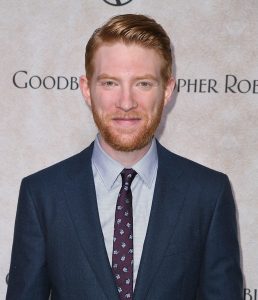 Domhnall Gleeson is a young Irish actor who has appeared as several renowned characters in various super hit movies.

Domhnall Gleeson is an excellent voice artist as well as an accomplished writer too. After having earned his bachelor’s degree Domhnall Gleeson wrote and directed several short films. Domhnall Gleeson earned a Tony Award nomination for his performance in a Broadway theater production. Domhnall Gleeson gained worldwide recognition when he appeared as Bill Weasley in the Harry Potter movie series.

Domhnall Gleeson has become a successful and popular actor and director today with numerous award-wins and several award nominations to his credit.

Apart from winning these prestigious awards Domhnall Gleeson has also had around 12 award nominations in his career too.